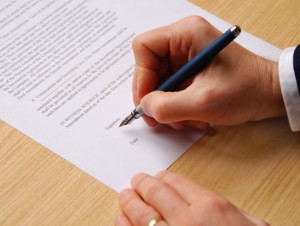 It is never pleasant to discover that a long-standing client is purchasing the same products or services that you offer from one of your rivals.

Such a discovery became a motivator for change for Chuck McTague.

“This is a broker that does a lot of business with us,” recalls McTague, president of family owned and operated Anderson McTague & Associates. The company is a managing general agency specializing in hard-to-place risks for independent brokers.

“The fact that they chose someone else to write up a policy for a product we sell came as a wake-up call.” Not willing to cede ground to his competitors, McTague called a marketing firm for an analysis of the situation and advice on where to make improvements.

Initially, McTague wasn’t entirely sold on what the marketing expert told him: that the agency’s professional image was something of a liability. In his mind, the company had built a solid reputation that reached back to when it first opened its doors in 1939, and he was loath to change it.

“But I began to realize he was right. Though we are professional, it was clear that we should have a more modern look, and embrace modern ways of doing business.”

Recognizing Anderson McTague needed to raise its profile in an increasingly competitive industry, McTague committed to a facelift that, after only a few months, has already justified his decision.

It was a bold move on his part. After all, attempts to refresh brands are often fraught with complications. Companies such as Facebook and Coca-Cola have encountered resistance after the introduction of a new look or flavour. The difference here is that Anderson McTague isn’t changing the product it offers.

Insurance products and services for hard-to-place risks such as logging and lumber equipment, hard to place casualty accounts, and vacant property will always be the business’s identity. Rather, it is changing the way it markets those products, and how it serves clients.

“Our hope is that we will have a brand that is new, clean and young, one that brokers will commit to for another five decades,’ explains McTague. “We don’t want to be seen as old or stuck in the status quo. What we want is for our brokers to see us as growing with them, always providing timely solutions to meet their changing needs.”

Which means the changes that are occurring at Anderson McTague go deeper than a bold new logo, eye-catching glossy brochures or a website overhaul. McTague says the company has invested in leading-edge computer technology that will allow it to provide brokers with policies faster than ever before. It is also changing the way it markets its products, adopting new communications tools to engage clients current and new. Last month, for example, the company launched its first-ever email blast, and the results were impressive, according to McTague.

“We monitored the email through third-party software and the data showed that 46% of those who received it opened that email. The average, which we would have been happy to hit, is 20-25%. It’s a good opening, and it demonstrates that people are interested in what we have to offer. So our goal is more communications that tell brokers about our products, and our new offerings.”

Focus on Independence and Local Presence

Though the rebranding is intended to put a fresh face on the company, McTague is adamant that some things will not change. One key strength that McTague wears as a badge of honour is the fact that Anderson McTague is a 100% local company.

“We surveyed our brokers and asked them how important it was to deal with a locally owned MGA. One hundred per cent said it was important, and 60% said it was very important. There are other companies that do what we do, but most have no local presence, so the dollars flow out of this region. At least one competitor is locally managed, but it is not locally owned. Like the brokers we serve, we’re here in the community, we pay taxes and we support local events. More than that, we know the needs of this region. I think that sets us apart from our competitors.”

McTague also takes pride in having some of the most experienced underwriters in the business.

“We’ve built a team of professionals who have extensive expertise working with major insurance companies. You could put this team up against any firm in Atlantic Canada and I think we’d have a slight advantage in terms of knowledge. Our team will play an important role in delivering on this new brand.”

A Bright Future Ahead

It’s no surprise, then, that Chuck McTague is quite excited about what the future has in store for Anderson McTague.

“I want to take on the international and national MGAs in this market and show the independent brokers we are every bit as good as, or better than, the competition. Certainly, our competitors know who we are. But I think that, if the independent brokers see us fighting the good fight against the nationally and internationally owned wholesalers – just as they take on the banks and direct writers – they will realize we have much in common. If they recognize that, and believe we are all in this together, then we will have achieved our goal and Anderson McTague will be the first choice for independent brokers.”